What Inspired Me to Write Alfonso the Tortoise?

September 25, 2018
Years ago, whilst I was studying creative writing, as an exercise I had to write a story exploring the senses. At the time I was reading about Queen Isabella of Spain, who happened to have a brother called Alfonso.

Suddenly, I could imagine a cute tortoise called Alfonso roaming and exploring a garden, and the twist was that he was a royal prince. I still had yet to work out how he had arrived in the Land of Garden, but creating Alfonso’s world has been a great pleasure, as I have introduced his friends, and have had fun developing his character.

My favourite moment, was introducing his Mum to the stories. Her name has yet to be revealed – but can you guess? She was a famous British Queen. Feel free to post your guesses in the comments section below.

Popular posts from this blog

Alfonso and the Monster Book Sample 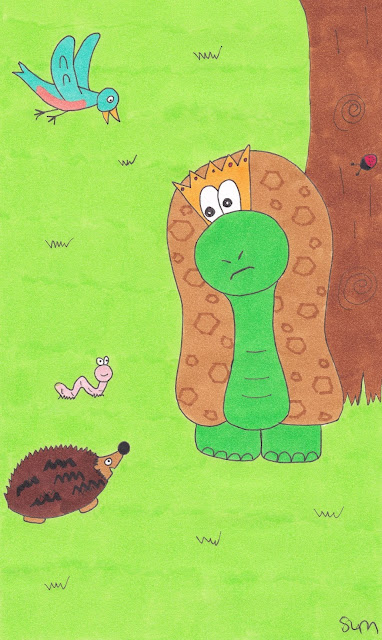 Enjoy the first 8 pages from Alfonso and the Monster by Susan Moffat, available from Amazon in both Kindle e-book and paperback. Alfonso and the Monster also includes a FREE colouring book*. Alfonso and the Monster by Susan Moffat Alfonso the Tortoise had had a lovely afternoon sharing stories with his friends Jeremy the bird, Willie the worm and Eric the hedgehog, when he suddenly felt very sad.           'Oh, I love it here in the Land of Garden. I just wish that my dad wasn't angry with me,' said Alfonso, sounding very glum.   'I didn't mean to upset him so much. I thought that he would understand when I wanted to see the wider world and make new friends.'           Alfonso’s parents were the king and queen of the Animal Kingdom. He had sent messages saying sorry to them for moving to live so far away from their palace, but the King had still not forgiven him.           'Oh Alfonso, I'm so sad that you're upset,' sa
Read more

Free Colouring Pages of Alfonso and the Monster 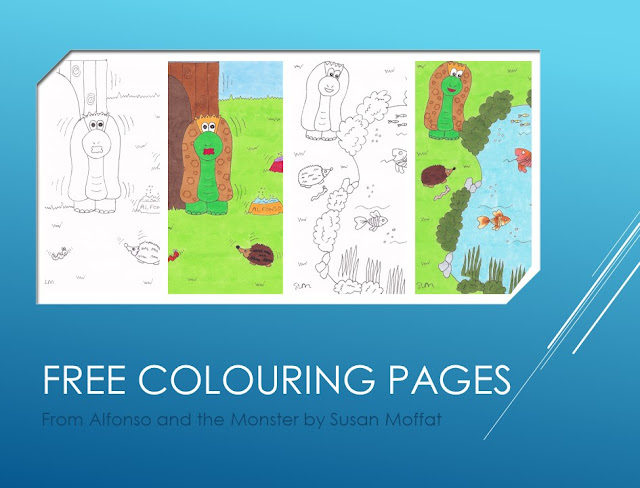 Free Colouring Pages of Alfonso and the Prickly Visitor 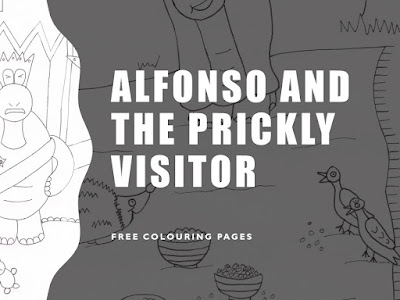 Shop for Books by Susan Moffat